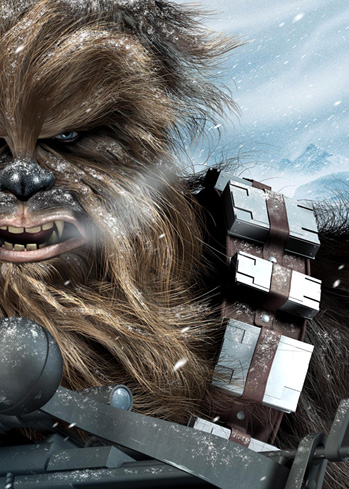 Browsing the Royal Gizzird today & lo and behold, a voice of symmetry with your furry pal.  In their weekly music column, DJLT asks the question,”Why can’t Bermuda roadworks be done after hours?”.  A brief exerpt:

“Anywhere else in the world road work is often done early in the morning or late at night. Granted some of it is done during the day but when possible, progressive countries do it during periods of low usage of roads. It makes sense to do the work late at night because the asphalt sets better when it’s cooler, as a ‘so-called’ expert has advised me. It also disturbs traffic less.”

Abso-frickin-lutely!!!  I certainly hope W&E are paying attention (right!) and that the Unions are eventually going to grow up & move into the 21st century (right!)
You lot out there need to read this person’s article…talk about taking a swipe!!!  Love it!

It’s been about 2 weeks since W&E sealed off Marsh Folly between the to-be-finished W&E Depot and Dutton Ave.  Still not sure what was going on.

On the way into work (late!) one morning, I did a little recon…there was a sidewalk they left available and – of course – I slipped down towards the main site.  Well, I tried to.

While digging out my Flip video cam, the Foreman (I think) gave me that evil eye kind of stare, so I dug out before I caused a scene.  Not going to push our luck these days, never know who might get offended by a big, hairy dude on a bike!

All open by this afternoon though, however not sure when they finished whatever shady work was going on.  I rolled by late Sunday at about 3:00pm and there was still plenty of activity.  Hard to equate “activity” in any context with the W&E geniuses.  Zinga!  🙂

The storm cells last night made a mockery of the trip home…particularly the squall that hit town @ about 5:30 – WOW!

On my way by Marsh Folly, where the Curve comes down to Palmetto Rd., there is always a puddle just there at the crook of that rise. Well, last night the puddle was a LAKE!

As per normal, Jahtiqua & Shatiqua in their DictyMobiles were carefully easing through the lake finding the shallow end, so traffic was snarled – but not bad.

Out of nowhere, some genius on a bike comes flying between the cars headed back to Town, hitting the puddle at no less than 70kph.

The Tsunami he created was massive! The water went OVER the little white Alto in front of me it was so big.

Something tells me either Genius wasn’t paying attention (surprise!) & in a hurry! Glad it wasn’t my bike…

K, so Corporation of Hamilton?  Um, I know you’re doing your best to tidy up around City Hall and I guess you have to rent equipment like hi-lifts (exactly why, I don’t know!?!?).  But your contractor has left this sitting there since Friday evening.

I’m guess the owner has no idea what “handicapped” means -OR- since CoH hands out the little yellow (now red) parking tags to EVERYONE, they must just assume the only people they are inconveniencing are fat old ladies with walkers.

Well guess what?  When I try to park my WHEELCHAIR CAR in one of 4 known wheelchair ramp-ready spots within the City limits and I see this f***ing thing there, my f***ing blood boils!

With Intl. Race Weekend already under way, the roads will be stupid for the whole weekend! Anyone trying to use Front St. last night can attest to that!

East-end driver alert:
For those of you going to/from anywhere east of Flatts, the stretch of road about at Gibbett’s Island is a MESS! The multiple patching jobs are getting more & more torn up and the ruts are re-forming.
Because of this, there is loads of gravel there that will get picked up and shot at you from the vehicle in front – Bike, 4-Wheeler, anything.
Be careful out there, people.

Now I know all about Beautiful Pembroke Creek and BAA and all the flooding down there, but Jesu Christe!  That stretch of road is absolute crap!  All the millions spent on the “improvements” down there over the last 2-3 YEARS and yet the road is a shambles.

The few times I dare to take De Jitla along there, I always have to man handle the bike back & forth over the multitude of ruts and ridges. It is inherently dangerous for bikes of any kind…I am amazed no one has been killed there.

W&E – you lot need to get that sorted out before someone (probably a teenager going to/from one of the 4 schools around) comes to grief.

Finally given up trying to make Blogger.com even look decent (and not all poofie!).  I kinda like this theme…fits in well with the general chaos our roads are in currently.

Stay in your lane, brothers & sisters.

Due to the soggyness of my current Blade, I nearly bought it this a.m.

On a routine pass, the prat in the dickty little Death Machine not only eased over towards me but also hit the gas. Normally not a big deal for me, but coming at me – at about 70kph I would guess – was yet another moron 4-Wheeler.

I had to slam them hard from about level with Prat’s side view in order to avoid Moron. Made it (obviously) but it might be time to upgrade De Jitla again.

I’m not sure if it’s me mellowing or just throwing up my handlebars in disgust, but…
I will admit to being pretty aggressive when Working the Middle Lane™ on the way into Town mornings. Hard not to pass those Granny-driving-the-Little-Precious-school going 22kph lineups that build on N. Shore. But I make my passes within reason and time them to make minimum impact on the lineup.

But when Little Bucky comes ripping up behind me on his Blade™ and promptly tucks into my quarter, I don’t like it! In the past 2-3 days, I have had this happen probably 6 times and invariably my response is to jam brakes & veer left. Sometimes, I even have to wave the arrogant little fucker through – like they aren’t really paying attention in the first place!

One of these days, I’m sure one of these idiots is going to take offense & I’ll either get attacked &/or berated. But what’s THEIR problem? If you’re passing someone, pass…don’t sit on their Six and tempt fate. If you can’t pass, drop back away from the bumper of the 4-Wheeler™ / Bike / whatever and wait your turn.